On the evening of October 16, the SN team played against JDG in the knockout round of the League of Legends S10 finals, and the entire Jiangsu Suning Football Club team members also watched the match in the dining hall to cheer for the Suning team. 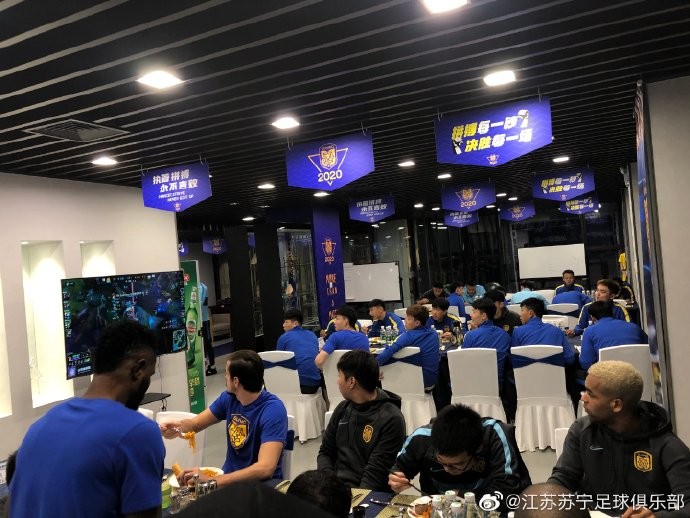 Jiangsu Suning Football Club posted a picture of the whole team watching the SNvsJDG e-sports game on Weibo. In the photo, the players were enjoying dinner in the dining hall while watching the exciting game. It seems that at the critical team battle stage, all the players also put down their cutlery and watched the live broadcast of the game intently. I wonder if there are also e-sports masters among these players?

The club also wrote on its official Weibo: "Little Lion, stand up, we can win, come on! Go against the trend, let's go together!"