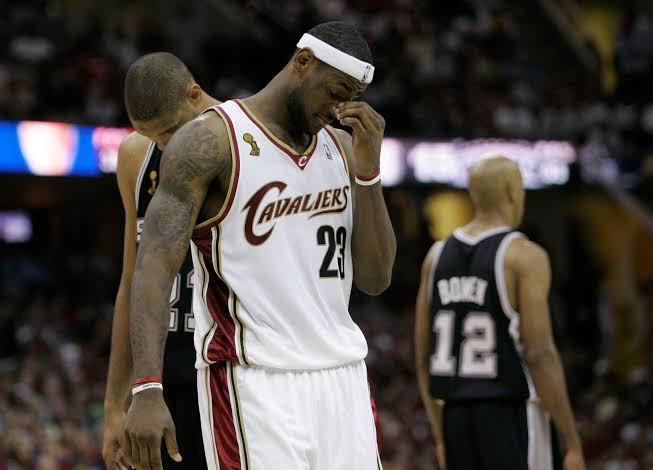 When asked how the experience of being swept by the Spurs in the 2007 Finals benefited him later, James said: "Obviously, they are the better team. Against Tim (Duncan), Manu (Ginobili) ), Tony (Parker) and Popovich, all four of them are at the Basketball Hall of Fame level. I know this is not only challenging for me, but also for our team. I have seen the way they treat each game, they How to deal with each round of the game, they do not make mistakes. They are not satisfied with participating in the finals, they want to be a great level, from the team to the individual. I feel that at the age of 22, and see. That. This experience helps me to shape myself year after year. It is to keep in mind the feeling, the feeling of not being able to reach the ultimate goal. But at the same time, it is through the adversity and the moments that make me achieve what I have achieved in my career. So many locations."

The second game of the finals between the Lakers and the Heat will be played at 9 o'clock tomorrow, and the Lakers currently lead 1-0.